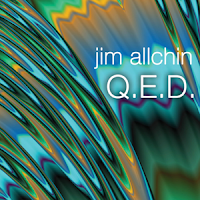 During Jim Allchin's humble childhood in rural Florida, he learned at an early age to pursue goals in life with perseverance. Having to work in fields at a young age, he would miss school to meet family needs. It was music by Jimi Hendrix, and Southern rock groups Lynyrd Skynrd and the Allman Brothers that send him in the direction of a musical career. As a starving artist, he decided to return to school to pursue a career in computer science, and eventually worked his way to a top level position in Microsoft. Allchin became part of the Senior Leadership Team at Microsoft, an elite group responsible for developing Microsoft's core direction with team members Steve Ballmer and Bill Gates. After being diagnosed with cancer in 2002, he took a leave of absence in 2003, until he left Microsoft in 2007 completely to return to music.

With the same enthusiasm and drive that motivated him his entire life, Allchin now writes and performs music today with that same passion. His first album Enigma, was released in 2009. His second blues CD Overclocked, which was released in 2001, received much interest among blues fans. His latest blues CD Q.E.D., released this year, is a collection of thirteen new tracks containing blues, rock, salsa and jazz, and soul all written by Jim Allchin. Rock and Roll Hall of Fame member Ben Smith, the drummer for the group Heart, and Jim Allchin produced the new album. Joining Allchin on the album are Ben Smith on drums, Dan Dean on bass, Brooke Lizotte on the keyboard, Owen Gurry on strings, Martin Ross on background vocals, Mycle Wastman and Keely Whitney on background and lead vocals, with New York Brass heading up the horn section. The best description I can give for Allchin's guitar style is a blend of Randy California, lead guitar for Spirit, Joe Satriani, and Stevie Ray Vaughan with vocals that parallel Robben Ford.

The CD opens with fiery fretwork from Allchin on the boogie tune "Stop And Go," also featuring the powerful New York Brass horn section and hard driving keyboard solos from Brooke Lizotte. It is followed by the shuffle "Gettin Old" featuring again the York Brass horn section and even more keyboard solos from Brooke Lizotte. "Chime Blues" is an instrumental with jazz infused keyboards having a soothing effect on the audience. "Reap What You Sow" picks up the pace with guitar riffs similar to the late great Stevie Ray Vaughan. "Trust Me" is more on the soulful side, featuring vocals by Mycle Wastman, the incredible horn section, and stellar piano solos.  "Thinking Of You" is an almost hypnotic blues tune with quiet jazz elements and a string section, showing just how versatile Allchin can be on the guitar. The band members return back to a hard drivin' roadhouse brand of blues on the song "Trash." The blues tune "Runnin Away" opens with an acoustic twist that is blended later on with both keyboards and the dynamic horn section. "Tried And True" is another up tempo jump blues number with Allchin playing an aggressive style guitar. Chicago blues takes center stage on the blues tune "Drownin" with a Walter Trout guitar style. Allchin really nails both guitar solos and vocals on the tune "Evil Minded Woman." They take trip to the Mississippi Delta on "Come On Home." What a way to end with a powerful flamenco style finale. You can almost envision Paco de Lucía and Jim Allchin playing guitar side by side in concert.

This is a CD with many styles of music relating to the blues with a hint of international grandeur. It is a brilliant collection of music exposing the talent of Allchin and Smith to produce a CD of this magnitude.