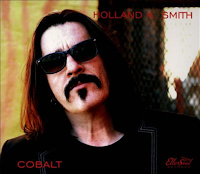 As a five and six-year-old growing up in Texas, Smith sang acapella in his church choir.  By age 10 he was in front of the congregation leading the choir.  He started listening to blues in the 60's on AM radio thinking the bands he heard were actually playing down at the Arlington radio station.  A friend's Mom gave him a guitar when he was nine and he's played the blues on his own guitar ever since.  Smith got serious about playing guitar in his 20's and focused on rock but never felt he quite fit in.  In 1990 he formed his first blues band and he has been playing blues ever since with his debut album released in 1997.

Smith credits many major music influences including Chet Atkins, George Harrison, Wes Montgomery, Junior Watson, Les Paul, Buddy Guy and  T-Bone Walker, among others.  He says one of his proudest accomplishments was writing "Rock Party" recorded by George Thorogood and used as Thorogood's show opener for his tours.  Smith has performed with a who's-who list of musicians including Junior Watson, Bugs Henderson, George Thorogood and Buddy Miles.

"Cobalt" is a great mix of Texas-style blues and R&B with a splash of jazz and Latin flavors.  I liked every track on the album and expect to listen to it again and again.  I would definitely recommend this album with two thumbs up!