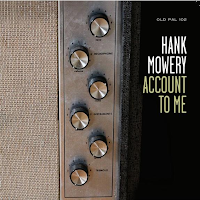 This recording revives the legacy of the late Gary Primich, a brilliant harp player, exciting singer and skilled songwriter. Hank Mowery has always had a deep respect for Primich and his music. In recent years, Mowery has developed a friendship with JV & Darsha Primich, Gary’s parents, who came to him to suggest making a recording that would include a handful of Gary’s songs. Two of the songs had never been recorded. JV had found them among Gary’s personal effects.

Mowery is a fine choice for the project. His smooth vocal style easily captures the essence of the Primich sound, as you can hear on “Put the Hammer Down”. Troy Amaro lays down a swinging guitar line that is full of twist & turns while Mowery blows some country-style blues harp. On  “My Home” , Mowery once again treats us to some dynamic harp playing while Amaro again impresses with a succinct, flowing solo with Junior Valentine on rhythm guitar. Primich incorporated elements of jazz into his material and the band shows they can nail that style on “Pray for a Cloudy Day”, with Mowery’s resonant voice riding the mellow shuffle beat.

The title track is the first of the unrecorded songs. Mowery’s soulful singing grabs at your heartstrings as he pours out his plea for honesty while John Large on drums and Patrick Recob on bass & acoustic guitar lay down an understated rhythm while Chris Corey adds some piano accents, making this track a definite highlight. Corey’s rolling, New Orleans-style piano is featured on “Tricky Game”, the second new tune. Mowery utilizes a reflective vocal tone to ponder to intricacies of human relationships.

The rousing opener, “Spend a Little Time”, is a Mowery original that mixes Corey’s acoustic piano with a distorted Wurlitzer electric piano, creating a hard-driving sound devoid of guitars. Mowery blows up a storm on his harp, then goes deep into the traditional style on another original, “If I Knew What I Know”, a gut-bucket blues full of outstanding reed-bending from the leader.  Mowery and Corey on organ shine on the instrumental “Banana Oil” while Recob handles the singing on one of his songs, “Target”, a chilling portrayal of a down-bound life punctuated by the thick tones Mowery pulls from his harp.

Rev. Robert Wilkin’s “That’s No Way to Get Along” gets an acoustic performance featuring Jimmy Stagger on vocal &National resonator guitar with Mowery pulling train sounds out of his harp. It is a fitting ending for this fine recording that reminds us of Gary Primich’s talent while serving as Hank Mowery’s coming out party. Make sure that you check this one out. Between the powerful material, Mowery’s inspired performances and the strong ensemble work from the band, there is plenty to enjoy through repeat listens. Strongly recommended!