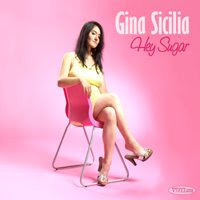 This is the second release from this lovely young lady with the big voice, and it’s another great album. I had the honor to be the first person in print to review Gina’s first album and am privileged to be one of the first to get to review her new release.

Gina’s style hearkens bygone eras of the blues. Whether she is upbeat and working to a ragtime beat or doing slow blues that evoke pain and dark feelings, Gina is fast becoming a master at her craft. As I listened to each song over and over again I kept telling myself, “This girl is going to make it big!” Hell, she was nominated for a Blues Music Award as Best New Artist last year; she’s already well on her way to making it big!

The CD was again produced by Dave Gross and he provides the guitar work along with Scott Hornick on bass and Chris Rivelli on drums. These guys are great bluesmen in their own right! We are also treated to some ragtime/New Orleans styled backup with David Maxwell on piano/keyboards, Jon-Erik Kelso on trumpet, Gerry Niewood on clarinet and sax. The opening song “Goin’ Home Bay” opens with them giving a delicious intro and fine support to Gina’s vocals. They also are featured on the next track, “So Attracted to You,” where Gina demonstrates some vocal prowess bending her voice adeptly in a vibrato style that is quite amazing. Her vibrato on the title track is also powerful and expressive. The title track is more something one would have heard in a sock hop with the piano and harmonies giving a sound from old tunes like “Earth Angel” and “In the Still of Night.”

In songs like the third track of the CD we see a more traditional, electric Chicago styled blues where Gina sings about “Kissing in the Dark.” Her voice and Gross’ guitar really sell this one!

Sicilia gives us the sound of a funeral march in an acoustic “I Pray Most Everyday”. Keyboard and sax tastefully fill this one out. Gross gives us a mean electric guitar solo in “Jack and Jill.” Gina and Dave go acoustic honky tonk on ”What the Moon Could Never Do” and “Nobody’s Darling But Mine,” showing us with great prowess yet another style of music.

Dennis Gruenling also provides some great harp work on the CD, and nowhere is it better than in “Lowest of the Low,” where we have some mean, low down and dirty blues singing and harp work. Simply great stuff!

The CD finishes with Gina and Dave staying in that honky tonk acoustic mode with Dolly Parton’s “Coat of Many Colors” and her own “Plain Apple Pie.” In “Coat,” Gina sings emotionally of her richness while being poor in a patchwork “coat of many colors...that her mama made for me.” She and Dave go it alone for the final track, another emotional cut where simplicity if more. Fine singing and picking.

The album is full of emotion. Gina’s voice exudes so much emotion and pain. Her powerful instrument can is controlled from soft utterances up to blasting out lyrics with the best of them. She is a superb talent that is getting even better with experience. I saw her recently at Buddy Guy’s Legends; as I saw both in this album and in the live performance, she has matured artistically from when she visited Rockford last year.

If there is one criticism of the CD I could offer it is that the album lacks really driving, up-tempo songs. Despite that small criticism, this is a marvelous set of songs, nine of which were written by Gina. She is both a talented song writer and vocalist. Her first CD “Allow Me to Confess” received a lot of praise by music critics and this sophomore release is sure to garner as much, if not more, great reviews. If you love female blues vocals done right, this is a CD you must add to your collection!
Posted by Crossroads Blues Society at 4:05 PM