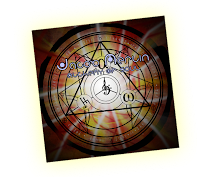 
Merlin. The name conjures up the images of wizards, hats, castles, and the magical alchemy that is inherent to the Arthurian legend. It is also the name of a talented, young musician whose musical alchemy stirs up a sorcerer’s brew of magical musical treats.

Keyboard wizard Jacob Merlin hails from Portland, Oregon, but his music comes from a deeper and more exciting world of funk, New Orleans jazz, and soul. His songwriting, piano and keyboard playing and use of horns are truly magical. I had no idea what to expect from “Alchemy of Soul”, but it serves up a magical mix of really fine music! Tower of Power’s Mic Gillette adds his trumpet, flugelhorn and trombone to Merlin’s band, which features Michael Suffin on guitar, Erik Mimnaugh on bass, and Jordan Ruback on drums. The horn section is Renato Caranto on tenor and soprano sax, Andy Fuller on trumpet and Rick Tippets on trombone and tuba. Rick arranged all the horns and is Jacob’s father. Background vocals are provided by Kristina Rae, Debra Arlyn and Malia Tippets.

The CD opens with a dervish of a song “Come to Papa” that seems like a New Orleans marching (or maybe even a swinging kelzmer) band backing up Merlin’s soulful vocals. The whirl of the music sets a tone for a really well done album of music. The backing horns and solos are solid and strong here and throughout the CD. The CD touts “Cover Me” as it’s single; this cut is a very soulful and laid back track with breathy and expressive vocals by Merlin and Rae with subdued but moving backup music.

“Madness” gives us grittier vocals from Merlin with some exceptional brass work. “When I See You Again” is almost gospel-like as Merlin and the three women sing, “I finally have an angel watching over me.” “Hammerhead” and “Déjà Vu” give us 70’s styled stuff served up fresh and clean sounding. “Muddy Right Foot” showcases a really hot Suffin fuzzed up guitar solo. All good stuff here- 11 hot and well done tracks.

Orchestrated horn interplay with the keyboards and main band and Merlin’s vocal work and it all works so sweetly. At times one could close their eyes and imagine that this could be the band Chicago playing back in the 70’s (when they were tight, creative and had not become the formulaic hacks that they became in the three decades after that). At other times Merlin and company sound a bit like Steely Dan or Earth, Wind and Fire. Whatever they are doing, they need to keep it up because they have a superb sound and create really impressive music. If you like jazzy, funky stuff with great vocals, keys and horns then do not miss this CD; Jacob Merlin is a man on a mystical mission of musical wizardry!
Posted by Crossroads Blues Society at 2:06 PM