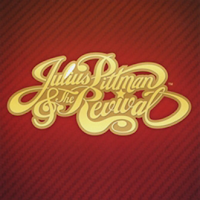 Bucket List, the debut disc from Richmond, Virginia-based Julius Pittman & The Revival brings back the lost passionate soul sound of the 50's and 60's. Pittman has created a collection of hot-buttered soul, seasoned with funky R&B classics like that of Al Green (“Tired Of Being Alone”), Albert Collins (“A Good Fool Is Hard To Find”) and a pair from Jack Mack & The Heart Attack (“Don’t Need No Reason” and the soulful ”I’m Willing To Learn”). Pittman, who contributes electric piano and Hammond B3, wrote four of the disc’s nine tracks.

With a raw, gritty voice comparable to Brook Benton, James Brown, Otis Redding, or Al Green, Julius Pittman has assembled an all-star band including a horn section like nothing you have heard! The Julius Pittman & the Revival band lineup includes Julius Pittman on lead vocals and keyboards, Randy Moss on guitar, Audie Stanley on bass, Chris McIntyre on drums, John Stanley on tenor sax, Howard Smith on baritone and tenor sax and Dave Triplett on trumpet and flugelhorn.

"Sideshow" and "Part Time Lover", two of the songs written by Julius, are masterpiece quality, with both tunes showcasing what could be one of the best horn sections since Chicago, Tower of Power, or The Blues Brothers Band. Randy Moss is sensational on lead and rhythm guitar on both numbers. "Part Time Lover" has almost an island sound percussion intro, followed by that full bodied horn section. Pittman concludes the collection with his own "Love Came Out Of Nowhere" and "Love Changes Like The Weather" with his incredible soulful voice echoing though out the studio.

Be prepared to hit the dance floor after listening to this superb collection of reverberating funk and soul just like the classic retro R&B groups of the past. This is a cd that you simply will not stop playing over and over again.
Posted by Crossroads Blues Society at 8:46 AM