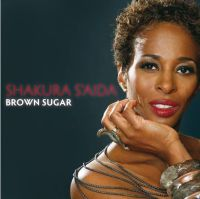 She was born in Brooklyn, raised in Switzerland , lives in Canada , records for a German record label and did the CD sessions in Tennessee .  That’s a pretty multi-national resume for this high-powered singer!  After 20 years of touring, S’Aida was runner up in the International Blues Challenge in 2008.  This, her second album, is filled with predominantly original material that she and her guitar player wrote.  Donna Grantis wields both a powerful axe and pen; her playing on the CD is bold, powerful and strident and the songs that she and her musical partner wrote are quite original and emotionally charged.  Also backed by Lance Anderson on organ, Rick Steff on keys, Steve Potts on drums and Dave Smith on bass, the accompaniment is tight and focused throughout.

The CD showcases both the performance and songwriting skills of Shakura and Donna.  The highest point on the CD is “Missing the Good and the Bad”.  The first and last part of the cut swing and jump with great vocals, guitar and organ work, but it is in between those parts of the track that the true Shakura comes out.  The middle third of the song is pure, unmitigated down and dirty slow blues where her emotions are completely released and the vocals become visceral and gutty.  Backed by some powerful slow licks by Grantis, we reach heights that none of the other songs really reach.  The power and emotions displayed here are stratospheric and, frankly, makes me wish more of the “animal” Shakura was on display on the other 11 tracks.  Those other tracks are really super, too, but on this one track we see the performer completely out do the rest of her performances.  She has guts and power along the way to and from this track, but the level of emotion reached here is even so much more than in the other cuts.

If you want to hear the blues sung by a powerful female singer who co-writes some great songs and has a great band backing her, this CD is for you. You’ll be hearing a lot more from this singer as she gets exposure and tours the festivals and major clubs around the world.  She’s a talented woman with a great voice and superb band!
Posted by Crossroads Blues Society at 10:01 AM