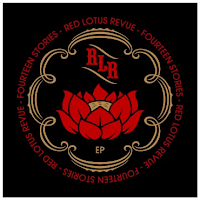 Cabbage who is the vocalist-harmonica player for both groups hails from Chicago, where he started playing harmonica at the age of 16. As he continued, he learned harmonica riffs of mid-century legends such as Little Walter and Sonny Boy Williamson.

Jimmy Zollo, a Revere, Massachusetts native, learned guitar after listening to greats like Room Full of Blues, Johnny Winter, T-Bone Walker, and Howlin' Wolf. Pete Fazzini, also a Chicago native, started playing guitar at the age of 13. He was infatuated with the raw slide guitar of Robert Nighthawk and Muddy Waters, the vocals of Howlin' Wolf, and the extraordinary harmonica ability of Little Walter and Sonny Boy Williamson. Red Lotus Revue's drummer Kurt Kalker, also a Chicago transplant, has worked with country and blues artists too numerous to mention. He outlines the goal of the blues group as "Keeping this music alive is our goal, and bringing it to the people is what we intend to do." The group got it's name from their first gig at Red Lotus Society in downtown San Diego.

Their self-produced CD Fourteen Stories consists of 7 covers and 7 originals written by Cabbage and Zollo. The opening original song "Suzanne," features a fat tone harmonica and Howlin' Wolf style vocals. It's followed by the Calvin Carter tune "Ain't Got You," made famous by numerous blues artists like The Yardbirds and Jimmy Reed. They do a superb job on their arrangement of the Otis "Big Smokie" Smothers tune "Drinkin' Muddy Water." The Deep South and the delta blues have a large impact on their original "Pass This Way." The guitars and bass create a lively groove blended seamlessly with Cabbage on harmonica for the Johnny Shines song "Please Don't." Cabbage nails Sonny Boy Williamson's harmonica style on the Williamson's cover "Key To Your Door." The original "Homebody" almost has a west coast blues sound with vocals and harp close to Lester Butler of the Red Devils. The original shuffle "Barkin'" also parallels Sunny Boy's harp style. The Johnny Shines tune "Fish Tail" could be a page right out of Robert Johnson's songbook. Jimmy Reed fans will appreciate the Reed classic "Honest I do." The original tune "River" follows a similar melody to Hambone Willie Newbern's "Rolling and Tumbling," featuring great opening slide guitar and harp riffs. The original song "Smoker" reminds me of the '50s R&B classics. If you are a Howlin' Wolf fan, you will be impressed with their version of Burnett's "You Can't Be Beat (Go To Sleep)." The closing original tune "Santee" is a take off of Robert Johnson's "They Are Red Hot."

This quartet brings a lot of experience to the blues world with heavy Chicago blues influence that you will want to hear on this their debut album. They work extremely well together, much like a blues group that has been assembled for many years. There has been an abundance of high quality blues streaming from the west coast lately! It is turning into a contemporary blues Mecca.