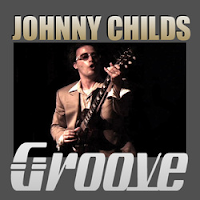 Groove
Johnny Childs
Hightone Records
www.johnnychilds.com
14 Tracks
Combine extreme talent, perseverance, the drive to land a record deal, a love for the blues and you have captured the persona of the solid bluesman, Johnny Childs. "Groove" Child's long awaited cd runs the gamut from Chicago blues style music to R&B influenced tunes. Joining Childs to round out his blues band are Cliff Schmitt on bass, drummer Michael Bram and piantist/organist Dave Keys. "Groove" combines a traditional style of blues music with Johnny's own experimental style of blues guitar. His unique vocal style and expert guitar skills sets the stage for a full length cd produced by Grammy Award winning producer Bruce Bromberg.
The CD opens with "Black Bag Blues", capturing his listeners early with his hard driving guitar style. "Walk the Floor" is slower blues number with Childs further displaying his skills a veteran blues guitar slinger. He captivating boogie style guitar rocks with "Don't Quit the Man". He completely breaks tradition with the gypsy style tune "Junkman's Son" dedicated to his fascinating documentary film that chronicled his life and his struggle to obtain a record deal called The Junkman's Son. He continues with a 60's rock-blues style number titled "Back In the Middle". He once again returns to a more traditional, slower blues cut "Leaving In the Morning". His use of the wah pedal brings back shades of the 60's group Cream in "Find My Baby" The cd continues with his return a Chuck Berry boogie guitar style heard in "Thumbs Boogie" and "Chromatic Boogie". "I'm a Ram" introduces a horn arrangement, bringing yet another element to this unique collection of the blues. "Don't Leave Me Baby" in my opinion showcases Johnny's guitar style and vocals in this new cd filled with variety. The cd wraps up with "Rollaway the Stone" and a less traditional blues number "Fairwell My Love" on which he tears up the fretboard. "Groove" concludes with a famed Jeff Healy number "See the Light" Johnny Childs style.
Blues followers will soon come to recognize this well hidden Southern California blues secret after listening to the Johnny Childs blues cd "Groove". His vocals have been compared somewhat to Tom Waits but he has a guitar style all his own!
Review by Rick Davis
Posted by Crossroads Blues Society at 1:13 PM