So Many Miles reviewed by Steve Jones 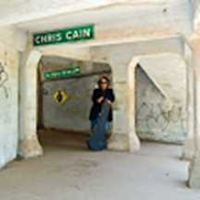 So Many Miles
Chris Cain
Blue Rock’It Records
www.bluerockit.com
10 tracks
Chris Cain is one helluva guitar player and singer.  I remember the first time I met him: he was wearing overalls and looked like a tradesperson who showed up at the bar he was playing at for a beer after work instead of the talented musician he was and is.  He was so personable and approachable and he had a great sense of humor.  When he set foot on the stage the sound that emanated was amazing.  He plays and sings in a style that reminds me a lot of BB King but with a heavy West Coast influence layered on top.  I’ve loved his recordings over the years but found his live performances to be filled with a larger sense of presence and musicality for some reason.  That was until this recording.
Robben Ford wanted to play with Chris and suggested that he record with him backed up by Ford’s band.  This is an exceptional cast of characters.  The interplay of Cain on lead and Ford on rhythm guitar is beautiful.  Cain’s vocals are soulful and exciting.  The other backing musicians fill in oh-so-well.  Gary Novak and Toss Panos split the work on drums, Trevis Carlson is on bass, Jeff Balbo and John R. Burr share the organ and keys, Carl Bowers is on trombone, David Schrader is on sax and Doug Morton is on trumpet.  The fleshed out larger cast of characters gives the music a full and fresh sound.  Larry Carlton and Russel Ferrante also appear respectively on guitar and keys on “East FoothHill Fingerprint”; the guitar work on this instrumental is spectacular.  The sound has “L.A. blues” written all over it, with jazzy influences and rich filler between the guitars.
The CD opens to the title track, the saga of Cain’s musical career and journey through life.  “So Many Miles” displays his talents well; the listener who knows Cain will appreciate the fresh, clean sound and the newcomer to Cain’s music will immediately fall in love with it.  Cains fingers flow over the frets in a seemingly effortless manner.  “Good Time Barry” and “While the City Sleeps” are prime examples of the Chris Cain guitar sound and the flowing riffs and melodies that he gracefully pulls out of the strings.
I have nothing but praise for this CD and each of its’ tracks.  Cain and Ford have done a marvelous job putting this effort together and really deliver the goods.  Most highly recommended!!!
Reviewed by Steve Jones
Posted by Crossroads Blues Society at 10:09 PM