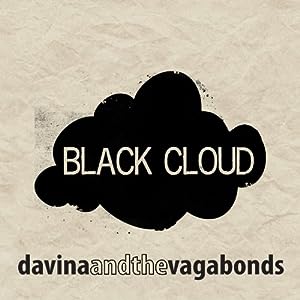 In recent years, a lot of musicians have been pushing the boundaries of blues music in directions no one could have imagined several decades ago. Blues elements have been mixed with African influences, hip-hop vocals, classical chamber music and even some heavy metal music. Another current trend finds bands taking the music back to a time when jazz and blues were intertwined in mix that emphasized vocals and horns instead of guitars and harmonicas.

One group at the forefront of this movement is Davina & the Vagabonds, hailing from the Twin Cities of Minnesota. They are a road-tested bunch, averaging 300 lives shows a year for the last five years. Davina Sowers is the leader on piano and vocals in addition to writing all of the songs on this project. The band consists of Darren Sterud on trombone, Dan Ekmeer on trumpet, Michael Carvale on upright bass and Connor McRae on drums. Yes, that’s right – no guitar player! The band puts an emphasis on shifting rhythms punctuated by blasts from the horns and Davina’s unique vocal style.

The disc opens with the group sounding like a traditional New Orleans jazz band on the first part of “Vagabond Stomp”. The two horns play off each other with Davina plunking away on the piano. Next up is the title cut, featuring Davina’s quirky vocal style over music that could have been used on the Addams family TV show.  On “Sugar Moon” and “Crosseyed”, Sowers’ tone and phrasing bring to mind comparisons to Ricki Lee Jones.

The band eases into “Start Runnin” before breaking into a full-bore swing arrangement with Davina shouting out warnings to women to leave her man and money alone. “Lipstick & Chrome” features more of the leader’s sparkling piano playing and a sassy vocal line, spurred by Carvales’ deep bass work. Switching gears, Davina expresses her faith in Jesus on “Carry Him With You”, accompanying herself with lush gospel piano chords. “Pushpin” sounds like it got its inspiration from a carnival sideshow. Davina’s playful vocal is coy one minute, forceful the next as she puts her wide vocal range to good use.

The deep, soulful mood the band creates on “River” inspires Sowers to deliver one of her strongest vocals. Sterud’s muted trombone solo helps establish the proper feel and makes this tune one of the highlights of the disc. “Pocket” is a love song with McRae supplying the funky backbeat. The band reprises “Vagabond Stomp” at the end, the horns wailing away with abandon.

There’s no question that Davina & the Vagabonds have crafted a sound that is retro, yet fresh due to the unusual instrumentation the band employs and the idiosyncratic vocal style of the leader. Davina’s singing may not appeal to everyone, so be sure to sample some tracks for yourself. There is plenty to enjoy here – and I can’t want for the chance to see this group live.

Posted by Crossroads Blues Society at 8:17 AM