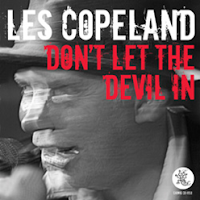 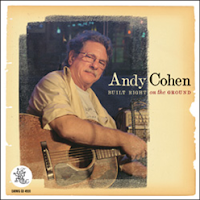 Within the recent set of Earwig releases are two CDs with some similarity- they are not blues albums. What they really are are two very interesting and enjoyable predominantly folk albums that touch on the blues. Les Copeland performs with Honeyboy Edwards on 2 tracks and Michael Frank on harp on another three. Cohen is accompanied by Larkin Bryant (vocals on one track, mandolin on two others) ad Kurt Anderson (lead vocals on one track and guitar on another). These CDs are predominantly solo performances that highlight the skills of these two talented guys, one from British Columbia (Copeland) and the other from Memphis via Boston.

Copeland and Honeyboy intertwine their guitars on “Anna Lee” and “How’s That Drummer”, certainly some of the bluesiest of Copelands’ songs here. “Ry Cooder” is a thoughtful instrumental in a bluesy and spiritual way. “What’s the Name” is a duet with Frank that introspectfully asks who he really is. name is . An album like this would nt be complete without a train song, and Copeland offers up two; “Distant Train”, a nice little song, and “Riding the Sky Train,” a nice little instrumental romp. Frank’s harmonica is a nice addition to “Silently” and “Don’t Let the Devil In”, tracks that have a somewhat western feel with the harp. The other tracks are mostly folk, traditional and even sometimes a little vaudevillian. What sells Copeland to the listener is the precise and artful work he does on his guitar. His vocals are strong, too, often almost Celtic in tonality. His original songs are well structured but his outstanding guitar is truly his strong point.

Where Copeland mixes a little folk in with his blues, Cohen pretty much goes the straight folk route (with some blues thrown in for good measure). He’s probably one of the top acoustic guitar players you never heard of but should of. This CD gives the listener a good mix of his stuff and it is a great introduction to an interesting and talented artist. If you want blues, Big Bill Broonzy’s “Mopper’s Blues” is about as far into the blues as Cohen goes. He gives us a little Jelly Roll Morton and Meade Lux Lewis boogie woogie in “Grandpa’s Spells” and “Honky Tonk Train”; on train he switches to the 88 keys and shows us what he can do on the piano. “Shake-a-you-Boogie” is his other piano track; he is quite the good piano man in addition to being a great guitar player. The one original song on the CD is “Jim Dickenson Stomp”, an instrumental tribute to the albums producer. He overlays in a dolceola on top of his guitar, adding a very nice effect. Copeland aptly pays homage to Woody Guthrie, Memphis Minnie and other legends with his 14 covers. This is a soulful and thoughtful CD that acoustic music lovers will eat up.

Kudos to Earwig for giving us two different, interesting and well done CD’s from two very musical men most of us have never heard of. These are two great guitar players and artists whom I am quite happy to have been introduced to by these CDs!
Posted by Crossroads Blues Society at 8:22 AM